How it all began

​How it all began 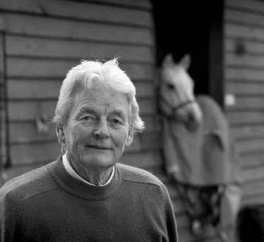 In approximately 1973, local horsewoman, Bid Williams, was approached by Judith Burns, a Therapist at the Canberra Hospital, to see if Judith might be able to take a few children with disabilities out to Bid’s farm to have some pony rides. Judith felt the lives of these children were somewhat restricted and that they could benefit from an activity such as riding. Bid’s horses were not suitable for the task, so with the aid of Ruth Squair, whom Bid knew through the Pony Club movement, she approached Marcel Judd at Forrest Park Riding School to see if they might be able to have the use of some riding school horses. Marcel very generously agreed and offered the free use of two ponies for two hours a week, provided that Bid and Ruth produced everything else needed for the lessons. Bid and Ruth quickly rounded up the necessary volunteers and soon after, Judith brought the riders out to Forrest Park regularly on a Friday afternoon.
The joys of riding...

Bid recalls that “In the beginning we were woefully ignorant of the implications of the rider’s disabilities – we just had to ‘suck it and see’”. However, on the first afternoon at Forrest Park, she recalls that a young girl who was usually wheelchair bound, rode under a tree and reached up to touch the leaves. Suddenly the girl shouted “I can touch them! They are so soft!” As joy and tears transformed the girl’s face, Bid was hooked forever and riding for the disabled was born in Canberra.

An Association is formed...

For about two years, riding continued once a week at Forrest Park, during which time the first formal meeting of what was to become Pegasus, took place. On 25 June 1975, the inaugural meeting was chaired by Dr David Nott and attended by his wife Carolyn, Bid Williams, Ruth and Colin Squair and Marcel Judd. This meeting resolved to form an association with the title of Disabled Riders of the ACT.

The first AGM was held on 27 October 1975, and at the 4th meeting in December that year, the name ‘Pegasus’ was suggested by Dr Nott as a business name. Pegasus was a beautiful, mythical wild horse with wings who, according to legend, was caught, tamed and ridden by Zeus (after tempting Pegasus with a golden bridle). Later, in 1977, the Association’s formal title was also changed to Riding for the Disabled of the ACT.

The move to Pegasus Farm…

At about this time, Marcel’s lease at Forrest Park was coming to an end, so Pegasus desperately sought a new, and hopefully permanent, home of its own. Competing against commercial bidders for land proved to be an impossible task and despite submitting bid’s for land on the Federal Highway (near Bendora) and in Narrabundah Lane, the Committee had no success.

Luckily, a local Senator, Michael Hodgeman (whose mother was involved with one of the first RDA groups in Tasmania), heard of Pegasus’ plight and with some further lobbying of other politicians, the National Capital Development Commission offered Pegasus land at Holt in late 1977. The land had a small and dilapidated cottage, power, telephone, two boundary fences and absolutely nothing else! “Pegasus Farm” was born.

Over the ensuing years, through great generosity and support from many individuals and the local and federal government, the facilities at Pegasus have been built and expanded. The original cottage was not fit to be lived in, so the local TAFE were recruited to build a new one which was relocated to its current site on the back of two semi-trailers. The old indoor school arose out of a financial gift from Bid Williams’ mother, which Bid chose to use to buy a shed from the construction site at the sewerage works. The shed was modified and strengthened and then it too was relocated to Pegasus Farm. A government grant built the original common room and the first of the stable blocks, both of which were later expanded, once again through further grants and huge community support.

By this stage most of the riding lessons were being carried out on the side of the hill, where the current horse yards are. This kept both the horses and the volunteers fit as they laboured up and down the hill during lessons. Bid recalls that when the coaches wanted to teach the riders to canter, they used to send them down to the bottom of the gully, turn the horses around and ‘sort of stop them as they came over the ridge.”! Soon, the outdoor arena was built, and then in the early 1980s, Geoff Schmidt helped to achieve the impossible, by project managing the construction of the main indoor arena – which has in 2022 been given a facelift with a new surface resulting from funding by ACT Sport and Recreation.

When it moved to Pegasus Farm, the group started off with five begged and borrowed ponies. There was a certain amount of turnover of the horses as many were on loan and often returned to their owners. Some of the early horses were not ideally suited, and this is one area that Pegasus focusses strongly on today.
The horse is at the centre of Pegasus’s magic…
The horses and our interactions with them is what makes Pegasus unique. Learning to listen to the horse, respecting the horse and riding as softly as possible are fundamental to life at Pegasus. This not only teaches fantastic life skills to the rider, but it also treats the horse with the dignity and care that they deserve. If you asked any rider who has ever visited Pegasus, the one thing that they could probably still remember is the name, and something of the character, of the horse that they rode.

Respect and Caring is the key

Maya Scott, is one of those riders. She had lessons at Pegasus when she was between the ages of 7 and 15. Her family then moved to West Australia and many years later she told Bid Williams, “Pegasus is the place, above all others that I’ve experienced, where everyone, horse and human, is respected and cared about and looked after”.

Thank you to our supporters over the years…

An organisation like Pegasus cannot possibly survive without tremendous support from individuals, community groups and the government. It is impossible to name the thousands, of people who have helped build Pegasus to the point it is at now. Those recognised and remembered include the many supportive coaches who have taught over the years, the management committee members who do all the thankless behind the scenes work to keep the place operating, and the hundreds of volunteers who help in classes and with other tasks around, All have donated time, effort or financial support for the development of facilities and programs. At the heart of Pegasus are the riders and horses making it all worthwhile.